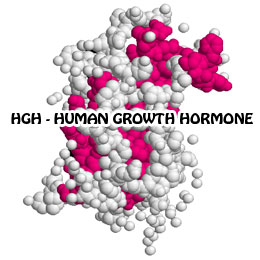 Also known as somatotrophin, HGH is a key hormone that takes active part in cell reproduction, tissue repair, smooth functioning of the brain, building muscles mass, human growth, decreasing stored fat, increasing energy and vigor, and delaying the process of aging. As one ages, their production of HGH begins to naturally decrease (hence the need for synthetic HGH arises).

Is HGH a Steroid?

What is a Steroid?

Similarities Between HGH and Steroids

However, with so many similarities, the two are not the same. Their differences are what set them apart from one another.

What are the Differences Between HGH and Steroids?

The differences between HGH and steroids include:

In the body, HGH mainly functions to promote the growth of muscles and the depletion of stored fat. Fat is burned directly by HGH when it is taken out of storage, transported to the mitochondria through the bloodstream, where it is oxidized into a source of energy (ATP). HGH increases muscular growth by reacting with receptors in the liver to transform into IGF-1 (insulin-like growth factor-1). It then binds with IGF receptors in the muscle cells for faster protein synthesis.

On the other hand, steroids spread throughout the body via the blood and produce important changes to the skin, fat, skeletal muscle tissue, bones and certain areas of the brain. Anabolic steroids permeate through muscle cell membrane and bind with androgen receptors. Different steroids bind to receptors in different ways (some may be more effective than others).

Growth hormone and IGF-1 bind to somatropin and IGF or insulting receptors respectively. Steroids bind to androgen receptors. This means HGH and steroid’s effects on the body are independent of one another, but are still complementary.

HGH and steroids differ in the time they take to show results. While steroids show instant results, HGH is more gradual in this department. However, the effects of HGH are long lasting, while steroids only have a temporary effect on the body (lasting only 2 months on average).

Steroids are better for gaining muscle, while HGH is better for burning fat. This is because HGH increases muscle cells by dividing existing ones and steroids are not as effective in fat burning as HGH is.

Steroids are much cheaper and widely available than HGH, because they are easier to produce and are available in the black market.

For the best effect, controlled doses of the two must be used and one needs to adjust doses according to their cycle. The bulking cycle (where the dose promotes muscle gain) may include strong steroids (like Testosterone, Deca or Trenbolone) in combination with HGH, while the cutting cycle (where fat is burned) would include steroids like Winstrol, Anavar, and Trenbolone in combination of a higher HGH dose.

Using HGH and testosterone combination is one of the most efficacious combinations in terms of body building and fat burning. Other benefits could include elimination of depression, restful sleep, decreased fatigue, decreased muscle and joint pain, a healthier metabolism, improved heart rate, increased bone density, increased sperm production, reduced stress, improved focus and memory, faster injury and illness recovery and so on.

The combo of HGH and steroids must be consumed in a responsible way to ensure effectiveness and prevent damaging side effects.

So, is HGH a steroid? The answer is no. HGH and steroids may have similar molecular structures, but they differ greatly from each other. HGH is a hormone that is both naturally and synthetically produced for smooth functioning of the body, while steroids are only synthetically produced (which is why they are not readily accepted by the body).

While HGH has been observed to be the safer option among the two, both present their own unique advantages, which make each desirable in different situations. Both also havethe same abuse potential and different side effects. 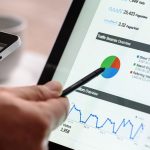 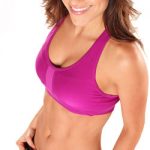