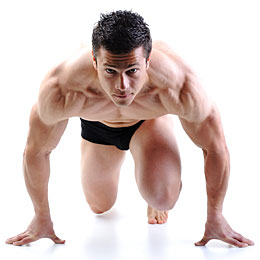 They’re not exactly fun to think about, but, when it comes to ailments that commonly affect athletes, skin infections are close to the top of the list.

Since athletes spend ample amounts of time in close quarters that are not always as clean as they should be, it’s not particularly surprising that skin infections are an issue.

It’s important for athletes to be aware of the symptoms of common skin infections. The sooner they identify symptoms and get treatment, the lower the chance is of the infection spreading to other athletes.

Three Skin Infections Athletes Need to Watch Out For

Here are three of the most common skin infections that often affect athletes, tips to help you diagnose them, and some action steps to remedy these conditions.

Impetigo is one of many bacterial skin infections. It’s caused by the bacterium Group A Streptococcus, also known as “strep.” This is the same bacterium that causes strep throat.

Impetigo can be contracted through skin-to-skin contact or by sharing items that have previously been contaminated, such as cell phones, razors, towels, or wrestling mats.

Impetigo symptoms often appear 1-3 days after infection. Common ones to be on the lookout for include:

If you think you have impetigo, it’s important to visit your doctor as soon as possible. You should also avoid practice and competition until you are cleared by your doctor — this will help you avoid spreading the infection to other athletes.

Most forms of staph can be successfully treated with penicillin, but methicillin-resistant staph is a different story.

Fortunately, MRSA can still be treated, usually with other forms of antibiotics that do not contain penicillin.

The following scenarios can cause some people develop a resistance to certain antibiotics:

MRSA is often spread through indirect contact, such as sharing a towel or cell phone.

Common symptoms of MRSA include:

Doctors typically require either a skin tissue specimen or nasal swab to diagnose MRSA. If you do have MRSA, your doctor will prescribe antibiotics to fight it off. Be sure to take these antibiotics as prescribed and avoid sharing potentially contaminated items with other athletes.

Of all the skin infections on this list, athlete’s foot is probably the most well-known. It’s also one of the most common. In fact, at any one time, between 15 and 25 percent of all people are likely to have athlete’s foot.

Unlike MRSA and impetigo, athlete’s foot is a fungal infection of the foot caused by a type of fungus known as a dermatophyte.

Common symptoms of athlete’s foot include:

Athlete’s foot is most often treated with an antifungal cream or medication that can be purchased over the counter. If you think you have athlete’s foot, it’s also important to avoid walking around barefoot in locker rooms and other shared spaces. You should take extra care to keep your feet dry, too, by wearing cotton socks and shoes that are breathable.

Practicing proper hygiene can go a long way when it comes to preventing skin infections. Washing your hands thoroughly with soap and water and using an alcohol-based hand sanitizer when those are not available are two good steps you can take to prevent the spread of infection.

You should also take care to never share personal products with other athletes — remember, it can often take a few days for symptoms to show up, so someone could have an infection and not even know it.

Make sure mats and shared equipment are also being sanitized properly in between practices and competitions. 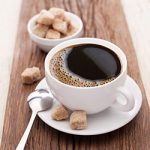 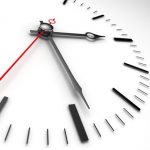