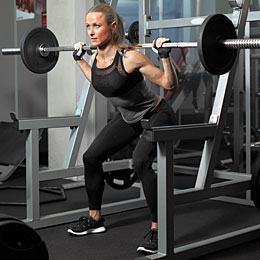 Whether you are a beginner or veteran gym goer, chances are you have heard the term superset thrown around the gym a time or two.  If you have not heard the term, well don’t worry because you are about to get very well acclimated to the superset.  Supersets can be a great way to spice up your workouts because it saves you time on-top of adding variety, intensity, or both to your workout.  So what is a superset?

What is a Superset?

Traditionally, exercises are performed one at time with a short rest in-between each set.  Although there is nothing wrong with performing exercises one a time with set rest periods, there are benefits to be had by performing a superset. A superset is two or more strength training exercises performed back to back without a rest period in-between.  The exercises performed in a superset can be like muscle groups, opposing muscle groups, or even a total body circuit. It is completely up to the exerciser the type of superset workout he or she wants to perform. By removing the rest period in between exercises, the intensity of the workout has increased by adding longer periods of exercise with shorter periods of rest.  Thus, leading to increased muscular and cardiovascular endurance as well as saving time in the gym.  Supersets also can add variety to your workout program because there’s a multitude of combinations and variations that can be used. There are endless combinations of supersets. An individual can pair similar muscle groups by performing two or more chest exercises back to back without rest such as bench press and chest flyes or an individual can pair opposite muscle groups by performing chest and back exercises such as bench press and pull-ups.  Also, individuals can perform supersets using muscles that have no connection at all such as chest and leg exercises.  Consider also that you could have supersets involving more than just two exercises or muscle groups.  An individual could perform a total body exercise circuit which would fall under the category of a superset. There is no limit or restrictions in how you can pair your supersets so the types of variations are almost endless which is awesome.  However, like everything else supersets do have their downsides.

When it comes to supersets, there are only a couple drawbacks in my opinion.  Maximum strength tends to suffer during supersets because the muscle doesn’t have an adequate amount of time to recover during sets as they would if you were performing a traditional set with traditional rest periods. This is especially true when performing supersets with similar muscle groups because the muscle group should be fatigued after the first exercise. Also, another drawback is attempting to do supersets at a commercial gym.  Because there are other gym members, it is kind of hit or miss depending on how crowded the gym is whether or not you can have access to two or more pieces of exercise equipment.  However, this drawback can be avoided by going to the gym at less popular times of the day or by having a home gym or studio.  Enough about the downsides of supersets let us talk about all the positives to be had.

With supersets you are moving from one exercise to the next with little to no rest in-between.  Therefore, you are basically getting twice as much done as you would if you were performing a traditional weight training protocol.  This is a major plus for anyone looking to save some time without compromising the amount sets or exercises performed during a workout.

Strength training increases the heart rate for a short duration, but by pairing multiple exercises together in a superset that short duration has now at least doubled and will lead to an increase in cardiovascular endurance.  Whenever you perform a strength training exercise, you put the muscle under stress/tension for a set amount of time which I will refer to as time under tension. If you are performing supersets with like muscle groups then that muscle group with get the benefit of increased muscular endurance because you have more than likely at least doubled your time under tension. The combination of both those factors makes super-setting an excellent strength training endurance builder.

Longer time under tension, longer increased heart rates, and more work in less time all means a higher intensity level.  High intensity exercise has been touted as having excellent fat burning capabilities because it helps maximize excess post-exercise oxygen consumption (EPOC).  EPOC is basically the caloric after-burn you experience post exercise and it is directly correlated with exercise intensity. The harder and more intense you work-out, the higher the EPOC levels and the higher the EPOC levels, the more calories burnt post workout.

If you are tired of the same old workout routine and want to add some variety to your routine or if you are crunched for time when you hit the gym, try giving supersets a go.  Supersets are not flawless, but they are a great way to increase muscular and cardiovascular endurance, burn fat, save time, and give an endless variety of workouts to your exercise program.  If you are in need of switching up your workout program, try creating a workout based around supersets. 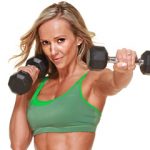 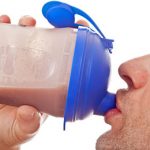