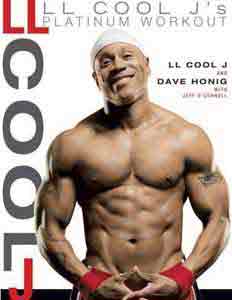 Why Are Six Pack Abs the Biggest Scam in the Fitness Industry? Who doesn’t want to be rich? Like get rich quick schemes, most 6pack abs advertisements sell you on the results that you want. Like being rich, almost everybody would like the abdominal area which looks like the lead actor or actress of the latest film.

There are hundreds if not thousands of fitness products out there which claim to be the best way to achieve six pack abs. They will often claim that their method is the “Secret” for obtaining 6pack abs.

Nine out of ten abs programs fail to let you know up front that the entire process needed to get 6pack abs could take months to years to achieve. Six pack abs programs often come in the form of simple Ebooks that usually consist of large chunks of rudimentary information for a fee, workout DVDs and even dietary supplements.

If abdominal products and services told you the truth up front, they wouldn’t make any money and most importantly you wouldn’t lose any money. The goal of this pages is to educate and inform you about the six pack abs marketing scheme.

Achieving Six Pack Abs Never is, Never was and Never Will be Easy

Do you think Michelangelo started carving the abdominals first on the giant boulder that was to be the statue of David?

He most likely had the thought of the overall look of what David’s abdominals were to look like before he started but surely he put that at the back of his mind. He started the statue not by chiseling the fine details, but hacking away the large chunks.

Most likely you have large chunks to lose. If you decide you want 6pack abs at this point you will most likely fail. Why?

Getting six pack abs may take months or even years for some people. Since you inherently expect quick results like your scam abdominal products promise, you will get discouraged and quit when the quick results do not manifest.

Quick results will never happen for 90% of people because fat is deposited mostly in the abdominal region, especially for men. Unfortunately, regardless of how many crunches, sit-ups, or abdominal machine reps you do, there is no way to cause your body to burn more fat from your mid-section than the rest or your body.

Turn the pages of your average fitness magazine for example, “Muscle and Fiction” and you will no doubt find countless pictures of people with perfectly toned physiques. This is actually not the case.

The actors, models, athletes and bodybuilders who are in the pictures look good for a living. They can afford to put the time in, hire expensive trainers and dieticians because they absolutely have to.

Most of the time the professional fitness models or bodybuilders are only in perfect shape with noticeable six pack abs when they know they have a photo shoot.

Sometimes as with pre-contest bodybuilders the models look completely different weeks out from the photo shoot. Even for them, having 6pack abs and an extremely lean body fat percentage is hard to maintain year round.

Take Gerard Butler for example. The Scottish actor starred in the blockbuster 300 and had to get in phenomenal shape to play the lead role of Leonidas the king of Sparta. His physique was topped off with six pack abs that had everybody raving, “How did he get those?”

Besides the computer graphic enhancements, and strategically placed painted on dust the key question should have been, “How long did he have 6pack abs for?” If you watch any interview with Butler you will know that as soon as the movie was done filming, his abs were done showing.

This is not to say he could not have stayed in the 300 filming shape, but it wasn’t natural for him to do so. Once his 2-3 hours of training with multiple trainers stopped his body returned to his natural shape.

Setting obtainable short term goals is essential to achieving a long term goal. Just like your fitness program should be constantly evolving, so should your goals.

If your goal is to get 6pack abs and you are a guy with 25% body fat you have no reason to think you will be able to see your abdominal muscles in the near future. Using abdominal products or “six pack abs” exercise programs which promise quick results will get you nowhere but disappointed and demoralized.

Your Only Goal should be…. To be Able to Set New Goals

Your first goal should be something similar to lowering the body fat percentage 5% down to 20%. This, although not easily obtainable is certainly feasible. You have to lose that 5% before you can lose the next 10% which will allow you to possibly be in the range where your abdominal muscles will be visible under your skin.

There is really nothing more to say. Six pack abs are the ultimate goal for most people. Long term goals require long term solutions and that is where a complete holistic exercise program and fitness lifestyle comes in. 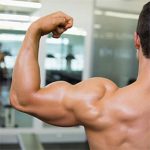