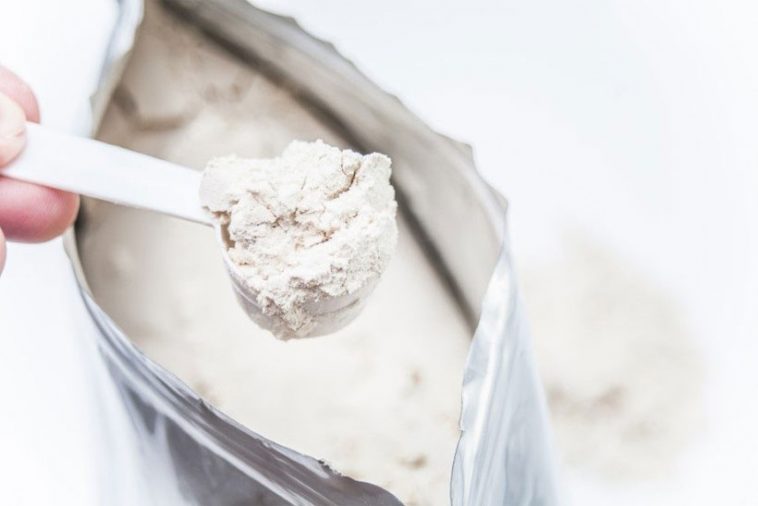 No matter how much or little you know about fitness, there’s always one word that crops up in conversation more than any other: protein.

As an essential macronutrient, a sufficient amount of quality protein is needed daily to ensure our bodies can function, repair and grow as they should.

So, when it comes to health and fitness, it’s easy to see why we are so obsessed with it. Athletes collect lucrative sponsorship deals for endorsing specially formulated supplements, and it is a common sight to see people on the high street with plastic protein drink shakers in hand.

Remember those clips of Rocky cracking a whole box of eggs into a cup and downing them raw? Well, it was all for the world’s most marketable macro.

Protein is traditionally thought of as being derived solely from animal products, but this isn’t necessarily true. A new wave of vegan athletes is showing the world that it is indeed possible to perform optimally and be powered purely by plants.

Take Venus Williams for example, who’s been estimated to be worth $11.4 million by Forbes; she’s an explosive force to be reckoned with on the court but she’s an athlete with a vegan diet focused around the consumption of raw whole foods.

She made the switch to an animal-product-free plate back in 2011 after being diagnosed with Sjögren’s syndrome, and in an interview with Health Magazine claimed the change has reshaped her entire life for the better.

Another professional athlete at the height of their game and making waves on the meat-free scene is Formula One driver Lewis Hamilton.

Hamilton, who decided to go fully vegan in 2017, will defend his title this year in the 2018 FIA Formula One World Championships fuelled by a plant-based diet.

Another well-known example is the notorious British heavyweight boxer David Haye. Haye, who has been flying the flag for plant-based eating for a number of years, will return to the ring May 5th to rematch fellow Brit Tony Bellew. The bout is highly anticipated amongst boxing fans and at time of writing April 13 2018, the bookmarker Betway anticipates that Haye will beat his rival, offering odds of 4/9.

The question everybody seems to be asking is how these sports stars fuel their body to sustain such high amounts of physical activity and elite levels of competition. And, even more importantly, just where do they source their protein?

Well, the answer is through simple, natural and easy to find wholefoods such as various beans, brown rice, whole grains, soy-based products, hemp seeds and an assortment of fresh vegetables.

Take power puncher David Haye for example. In an interview with The Daily Star, Haye stated his daily recommended intake of protein comes mainly from the likes of beans, lentils, brown rice and quinoa instead of meat.

While it is true that most beans, grains and plants are not actually complete protein sources on their own, this can be tackled by combining different foods across multiple meals to ensure the body is able to absorb and utilize all nine essential amino acids throughout the day.

One popular combination among athletes is beans and rice.

One such supplement was used during a six-week trial conducted in the United States by researchers associated with the International Society of Sports Nutrition.

The outcome of the study of a group of elite level mixed martial arts competitors showed that plant-based proteins can perform just as well as whey protein in building and maintaining muscle mass, even during the intense training of professional athletes.

Weighing It All Up

But how can competitors ensure they are getting enough quality protein from a plant-based source? A person with the muscle mass and workrate of a professional heavyweight boxer must surely need a considerable amount to stay strong and not suffer muscle wastage?

Well, according to The International Society of Sports Nutrition (2017) – healthy exercising individuals should aim to consume 1.4 – 2.0g of protein per kilogram of bodyweight a day.

This dose is considered to be optimal for both building and maintaining muscle mass when consumed as a well-balanced diet.

Considering 100 grams of quinoa itself host4.4 grams of protein while three tablespoons (30g) of hemp seeds contain around 11 grams of protein, it is evidently possible for athletes to hit their daily macro without having to rely on animal-derived foods.

Also, due to the easily digestible high fibre content and lower calorific nature of grains and vegetables in comparison to certain meats, athletes are able to actually eat more plant-based foods without necessarily having to count calories.

In 2017, Haye stated that since turning vegan, he no longer relies on calorie counting as a method of weight management. He simply weighs up a plate of food and uses intuition to know how much he needs to fuel his workouts.

Olympic Weightlifter Kendrick Yahcob, whose favorite go-to protein source is the humble yet versatile black bean, told Men’s Journal he never has to count calories either. He also says that people shouldn’t get too invested in and obsessed with consuming so much protein – as when eaten in excess most of it passes through the body unused anyway. 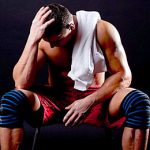 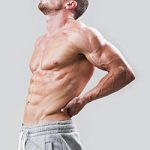