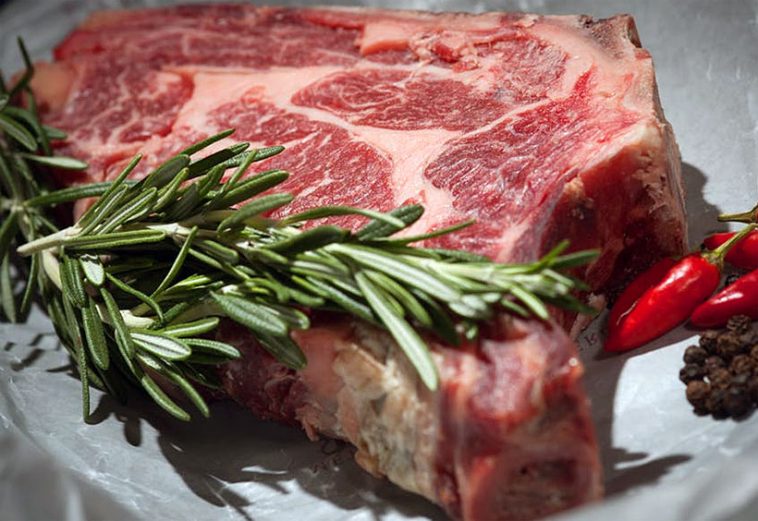 Scientists, athletes, doctors and even celebrities have been inventing ways to lose weight for a long time. Atkins, Paleo, Keto diets, intermittent fasting, the list goes on. Sifting through seemingly endless diets can be a daunting task, no doubt.

However, there is a type of diet that manages to wrinkle every one’s forehead when they hear about it. In their defense, it actually is a fairly simple technique with a scientific process behind it. We’re talking about a high protein diet for weight loss, and in this article we’re going to explore how increasing your protein intake can actually help you lose weight.

As many know, protein is a main building block of the body and is also a key element when it comes to losing or gaining weight because of the many effects it has on several hormones, energy expenditure, metabolism, and countless other things. One can never go wrong with focusing on their protein intake if they are aiming for weight loss or acquiring a generally more fit body.

Protein Controls the Levels of Certain Hormones in the Body

The hypothalamus, which is an area in the brain that specializes in many functions, releases several hormones which happen to be responsible for regulating weight and its distribution, among other important processes.

Eating more protein causes the brain to feel more satisfied and thus, triggers it to reduce food intake by releasing some appetite controlling hormones like, peptide YY, GLP-1, and cholecystokinin into the bloodstream.

The hypothalamus also signals the reduction of ghrelin, the hormone that makes us feel hungry, and when this reduction is accompanied by the increase of the levels of appetite diminishing hormones, we not only feel full, we also find that our cravings have been fulfilled or satisfied.

Keeping this in mind, one can easily manipulate their body by adding more protein into their diet, while cutting down on unnecessary carbs and fats. It will cause you to feel full faster, lower your carb and fat intake, all the while creating a larger calorie deficit than before, since you will be eating less calorie-dense foods and at the same time not craving any foods that would send you back up the scale.

Protein is Not Always an Easy Component to Digest

Most people often forget this, but digestion and metabolism are two body processes that require energy for the body to carry out. Most nutrients are relatively easy to break down, but when it comes to protein, it is a whole other process.

Proteins are more complex than carbs or fats and because of this they take more time and energy to break down. When eating protein, the body actually puts in effort. In other words, it burns calories to digest it.

According to research, the amount of calories spent on breaking down protein is almost 30%, which is double the amount spent on carbs. Although the numbers are a topic of controversy between different researchers, they all agree that protein has a significantly higher thermic effect – calories spent on digestion – than either carbs or fats.

Anyone who has ever gone on a diet, or been to a dietician, knows that the main focus is creating a caloric deficit. Eating protein is an easy, effortless way to do that because other than the fact that it has a high thermic effect, it also boosts the metabolic rate.

In case you are not fully clear on the term, a body’s metabolic rate is the number of calories it burns during a day; even at a state of complete rest such as sleep. It is essentially the energy needed for the body to carry out essential processes for it to stay alive.

The metabolic rate can be increased by several methods like working out or eating certain spices or foods. Maintaining a protein-based diet also helps in pushing the body to burn more calories at rest.

Studies have shown that taking in large amounts of protein, even to an excess, can lead to bump up the number of calories burned to a surprising 260 calories per day. Keep in mind that by excess, I mean consuming a lot of protein to where you surpass your calorie expenditure so that you are operating at a surplus rather than a deficit.

By taking the same concept and adjusting it to suit your body transformation goals, you will end up with a decent amount of burnt calories that would result in you reaching your goal in a shorter time.

It has been discovered that while affected by a number of factors such as; weight, initial metabolic rate, protein intake and a few others, the basic amount of calories that a high protein intake can result in burning, ranges from 80 to a 100 calories, which if true, is impressive.

Protein is Related to a Smaller Appetite

Going back to a previous point where it was mentioned that a high protein intake triggers the release of appetite reducing hormones, protein also manages to reduce appetite using other methods.

All those methods, however, end with you unconsciously eating fewer calories. So protein basically helps you eat less, which when you do for a considerable amount of time, your body gets used to running on fewer calories and your stomach on less food.

While this is in theory, it is backed up with a considerable amount of studies. One of them included getting two groups of participants and keeping them both in the same controlled conditions with the only difference being their protein intake.

One group had their protein intake upped to 30% of their caloric intake. At the end of the test duration, it was noticed that the group with the higher protein intake managed to consume 441 calories less than what they had been originally consuming without even trying to.

So according to this experiment, protein is capable of satisfying people and altering the intensity of their feelings, enough reduce their calorie consumption, in addition to giving them a higher basal metabolic rate.

High Protein Intake is Connected to a Decrease in Snacking

Normally, the biggest two problems facing most dieters are cravings and snacking; more specifically, snacking at a time after which you are about to go to sleep. The body essentially doesn’t really use those calories as an energy source. The body tends to store them directly into its fat reserves since it deems them unneeded.

What protein does is that it fills you up long enough so you can float by through those final hours of the day without having to eat that bag of chips right before bed.

Even though it is really difficult to measure bodily functions, feelings and desires, because human bodies are not as stable or predictable as we think, some succeed to get a near accurate representation of results. One of those researchers managed to get a successful read on the relationship between protein intake, late night snacking and cravings. After adjusting the protein intake of two groups of overweight men, he found that cravings decreased by 60% while late night snacking was reduced to half when protein was at 25% of their caloric intake.

Not only that but another study has shown that eating a protein-based breakfast is a highly effective way to prevent cravings throughout the day, kick start your metabolism, and help you maintain stable energy levels with no crashes.

Protein Works On Many Other Levels

Protein is a simple addition with a big impact since it does all the hard work for you. It reduces cravings, food intake and creates a calorie deficit, all without you noticing.

This means that you don’t have to make a huge decision to go on a diet or quit all your favorite foods. You can just reduce the number of other food groups you consume and replace it with protein to see what changes.

This in itself is an advantage and a mode of action because the idea of seeing big results without having to make drastic changes is appealing, which makes people jump in and remain motivated throughout the process.

Another point that’s worthy of mentioning is that this is not a normal diet per se. Unlike other diets, this one does not subject you to the same challenges. It simply requires you to add more protein to your diet.

When you go about your day knowing that you’re losing weight and not having to worry too much about planning meals, working out or counting your calories, trying to will them to decrease, or wishing you hadn’t added that bit of ketchup, it makes a big difference.

You will be more relaxed, at peace, have higher energy levels, a better mood and most importantly, next to zero stress, which is usually the reason people start gaining weight in the first place.

Stress causes the release of fat retaining hormones which slow down your metabolism and it also leaves you emotionally drained so you try to eat the stress away by going for comfort foods which are usually very high in saturated fats.

This leads to a faster weight loss process with sustainable results because of the fact that adding protein is an easy change to make and keep throughout life.

It also ensures that you will not spin out of control because when going into a new diet, people start with incredibly high motivation levels and then either end up spinning out of control or gaining all their weight back because it becomes too much pressure due to the physical, mental and emotional toll it takes on them.

How Much Protein is Enough?

Most references recommend an intake of 46 grams for females and 56 for males. However, one must take into consideration that this amount is a bare minimum that only keeps the body from suffering from a protein deficiency.

If your aim is either bulking up or losing weight, you have to significantly up that intake. There is no specific figure but a ballpark amount is the result of multiplying your caloric intake by 30%.

All in all, diets based on a high protein intake are a new form of dieting that is effective and easy to implement into your lifestyle. You can learn about some of these diets through this website, https://www.psmfdiet.com/.

What Proteins Should I Consume?

When it comes to a high-protein diet for weight loss, not all proteins are created equally. Albeit to a lesser extent than many traditional diets, calories still count with a high-protein diet. For this reason it is still important that you pick your protein foods wisely.

Here are some fantastic protein sources for your high protein diet:

Beginning a high protein diet for weight loss is an amazing and quite seamless process when compared to most traditional diets.

For most of us, eating meat and other proteins were already a daily part of our lives. For this reason it is quite a bit easier to begin a high protein diet, for all it takes is cutting out unnecessary and unhealthy foods from your diet and filling in the blanks with nutrient rich foods that contain protein.

That being said, don’t just jump into a protein diet without getting your doctor’s green light, especially if you have been diagnosed with moderate to advanced kidney disease. But for most of us, a high protein diet is a great option for weight loss and one you should definitely consider. 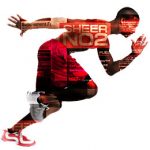